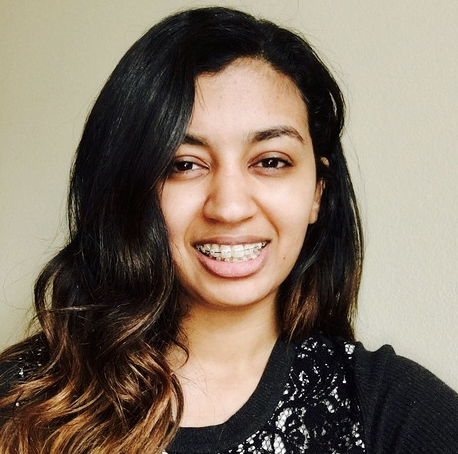 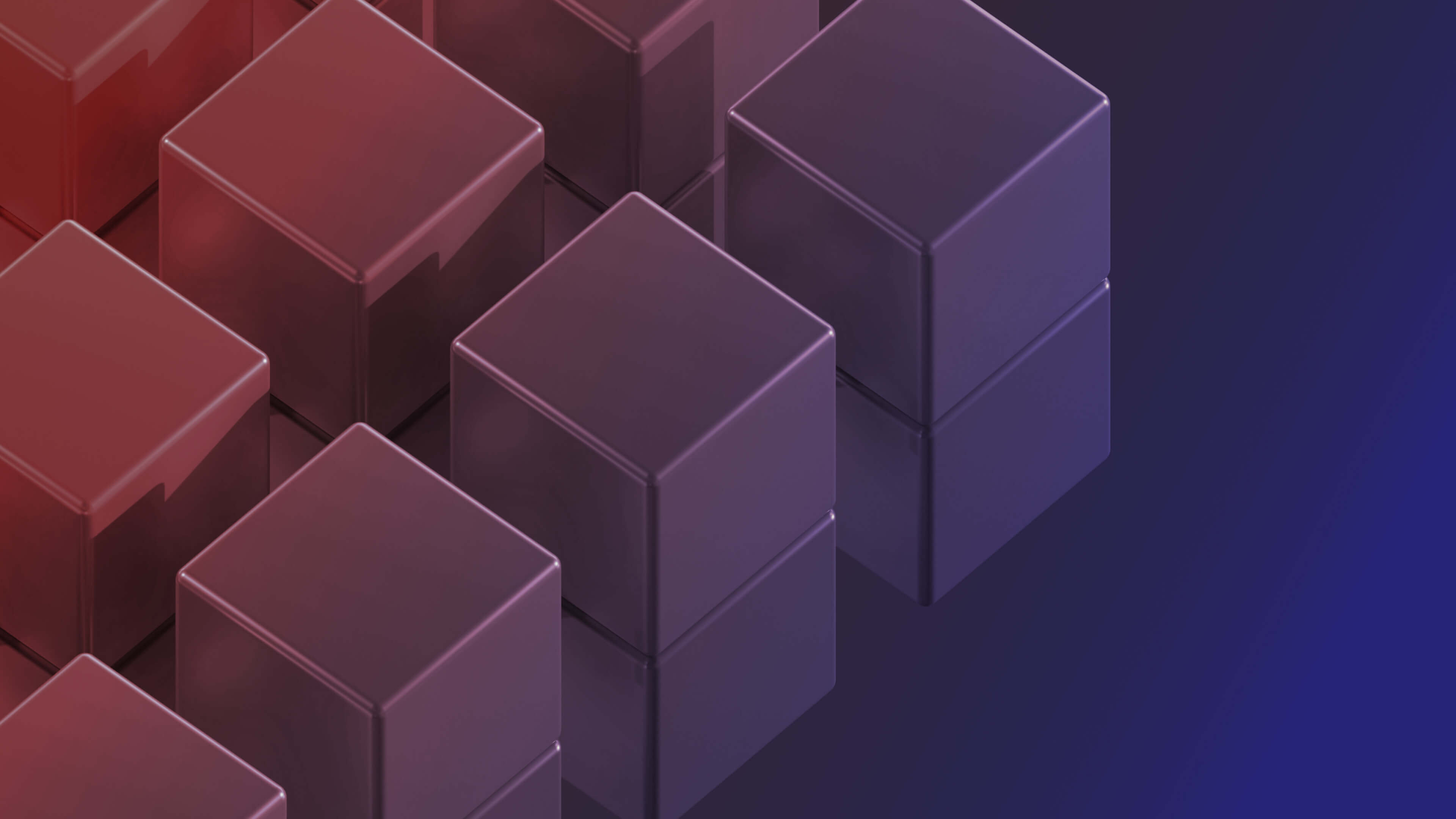 No matter how robust an algorithm or machine learning model is, it’s only ever as competent as the data used to train it. Because without data, algorithms wouldn’t function, and models wouldn’t be built. It’s an interlinked and symbiotic process, where one aspect relies on the other to serve its greater purpose and meaning in the ML development workflow.

Acquiring the data that you will feed into and power ML algorithms is the first essential step to creating, what will hopefully be, an optimally programmed model and a successful AI application that operates as it was intended once deployed. Essentially, the performance of AI systems and applications is influenced and even determined as early on as this most basic and initial effort.

There are many methods ML engineers and data scientists can choose when acquiring the right data for their project specifications. This can often be determined by the type of algorithm assigned to the project; whether supervised, unsupervised, semi-supervised, or reinforced.

Selecting the right algorithm type depends on ML practitioners addressing the broader question of business goals, the problem that needs to be solved, or the application the algorithm is intended for. That will help narrow down the ideal qualities of the raw data that needs to be sourced for a model and the sector or industry it’s planned for.

Typically, ML teams opt between supervised or unsupervised learning techniques, with supervised learning a common choice, as it’s considered the more straightforward and affordable method. This method provides training datasets with accurate inputs and outputs; basically, the correct answers or results a model should reach to perform correctly.

The data required for supervised learning must be suited to providing these answers in such a way that the model will be able to identify patterns within the data and make accurate predictions based on similar situations it’s been exposed to through training or creating new, independent decisions when faced with unfamiliar scenarios.

This also involves the imperative task of labeling the data to enable the model to recognize the correct results it’s designed to replicate and use as a baseline for correct prediction and behavior out in the real world. Sometimes, the model makes incorrect predictions or assumptions; a human, an ML specialist, steps in to correct those instances, and this back-and-forth process is continued until the model reaches a level of reliability that qualifies it for production.

Not unlike the natural progression and development of a regular person, becoming capable enough to deal with problems on their own, often by getting older or learning through experiences, trial and error, eventually no longer relying on a “supervisor.”

In terms of sourcing data for supervised learning algorithms, there are several options available to model developers. Publicly-available databases, data that was created and available in-house, crowdsourcing, collecting the data manually from real-world settings, or hiring a data collection servicer.

An ML team can utilize more than one of these options to source the relevant data for their needs and specific use case, but regardless of the method(s) they ultimately decide on, what’s more crucial is that the amount and type of data that is acquired will be suitable for edge cases and addressing problems in a targeted way that models need fine-tuning through very specific training data.

Otherwise, it results in unevenly distributed and implemented training implementation. A model might be competent in one aspect of its performance and function and inefficient and poorly responsive in another because it didn’t receive well-rounded training, especially in the areas that it needed more attention and adjustments to perform at its best.

In other words, collecting data for the sake of collecting data wouldn’t be the ideal approach to fulfilling data needs for ML models, perhaps even considered counterproductive. Going back to project goals might be necessary for determining where data is best sourced for a particular project. Different kinds of training data suit different types of projects.

For example, if the project involves NLP (natural language learning) processes, audio and text datasets are more applicable. If it’s focused on an application that employs CV (computer vision) capabilities, the data would typically be videos or images that need to be labeled to train a model properly.

Publicly available datasets are usually found and attained from businesses that have made the data openly accessible, with the understanding that the data will be desired and used for machine learning, computer vision, natural language processing, and various other AI application training purposes.

The data itself is often varied and very general. There’s a seemingly endless range of possibilities regarding what public datasets can offer for sourcing. From data that appeals to healthcare applications to industries like security and agriculture. The downside to tapping into public databases is that it’s not easily customized or specifically suitable for a project niche or focus.

The data’s usability and usefulness can be limited by how nonspecific it is and the lower odds of finding sets that can target and optimize the areas that matter most for balanced model performance. On the other hand, open-source data can go a long way in cutting down on time and team resources obtaining basic, subject-matter data quickly and without expense.

In-house data sourcing is exactly what it sounds like; the training data ML engineers will be utilizing in their algorithm and model development is acquired from within their organization. That can mean the datasets are created by the engineers themselves or a similar role. Depending on the nature of the data required for a project, other roles or specialists may be brought in to help generate the necessary data.

Of various reasons that in-house sourced data is beneficial, one of the most obvious appeals is that it’s provided internally and doesn’t require excessive expense. As was mentioned previously, sourcing data from public databases is often the case. The second greatest benefit of internal data sources is that the data is usually highly relevant to a team’s specific needs. You tend to have a pretty good idea of what you need and ideas on where to get it.

The data also tends to be more reliable and current, making data processes more efficient and streamlined, since ML developers are assured of how and when it was generated, and if any needs come up to further personalize the sets, they can simply do so without relying on an external source or provider.

The crowdsourcing method is one of the more standard and go-to approaches to collecting training data. The basic procedure is for an ML developer or organization to recruit outside assistance for data acquisition efforts. Usually, a team of contractors is tasked with finding and organizing relevant data by following guidelines and instructions set by the ML team or organization.

When seriously considering this option, factor in that the contractors gathering and handling the data may be anonymous. Since it is outsourced work, it might not be possible to pass feedback to the team or individuals assigned the work, making it unlikely that they’ll be able to improve individually or as a team if the sourced data doesn’t meet expectations from a quality standpoint or otherwise.

Manually collecting data involves acquiring the data from real-world settings. It is similar to in-house sourcing in that it’s an internal method for acquiring and preparing data for ML projects. An organization can collect or build the data by using tools or devices to monitor and derive real-world data that can then be processed and used to train models.

These devices can range from online apps that collect data through user interaction and surveys, to social media, sensors, drones, and a range of other IoT-enabled devices. A unique advantage of manually sourced data is that an ML team may be unable to access and acquire the training data they need without doing it themselves.

Some products require real-world data; depending on the industry and application, it may not be available or easily sourced through any other data acquisition method. In a sense, manually collecting data can be considered a pioneering act, as many industries still have yet to utilize ML or AI technologies. In those cases, ML specialists might find themselves in the position of taking the first step through the product and service they are developing and currently attaining data for.

Using a data collection service is one of the most common options ML teams opt for their data collection needs, possibly the first that might come to mind if developers can afford to employ a service instead of putting forth the effort and time themselves.

The quality and result of the data acquired through a collection service or company will vary, not unlike any decision based on choosing one business provider over another. It comes down to that choice and finding a reliable service that satisfies an ML team's needs on a case-by-case basis.

It All Starts With Better Data

The first step to creating a capable model starts as early as the initial stage of gathering data. It seems simple enough conceptually, and for many developers in the ML space, it was treated that way. Data acquisition was long-viewed as an irksome process and often performed haphazardly in an effort to move on to the model-building phases that much sooner.

Being in a hurry to do the bare minimum or even bypass certain aspects of data processing has only led to flawed algorithms and inefficient applications as a result. It’s much more worthwhile to slow down and take the time to choose the most appropriate data from the beginning than to regret it weeks or months into development and have to work backward and make corrective measures and iterations down the road. 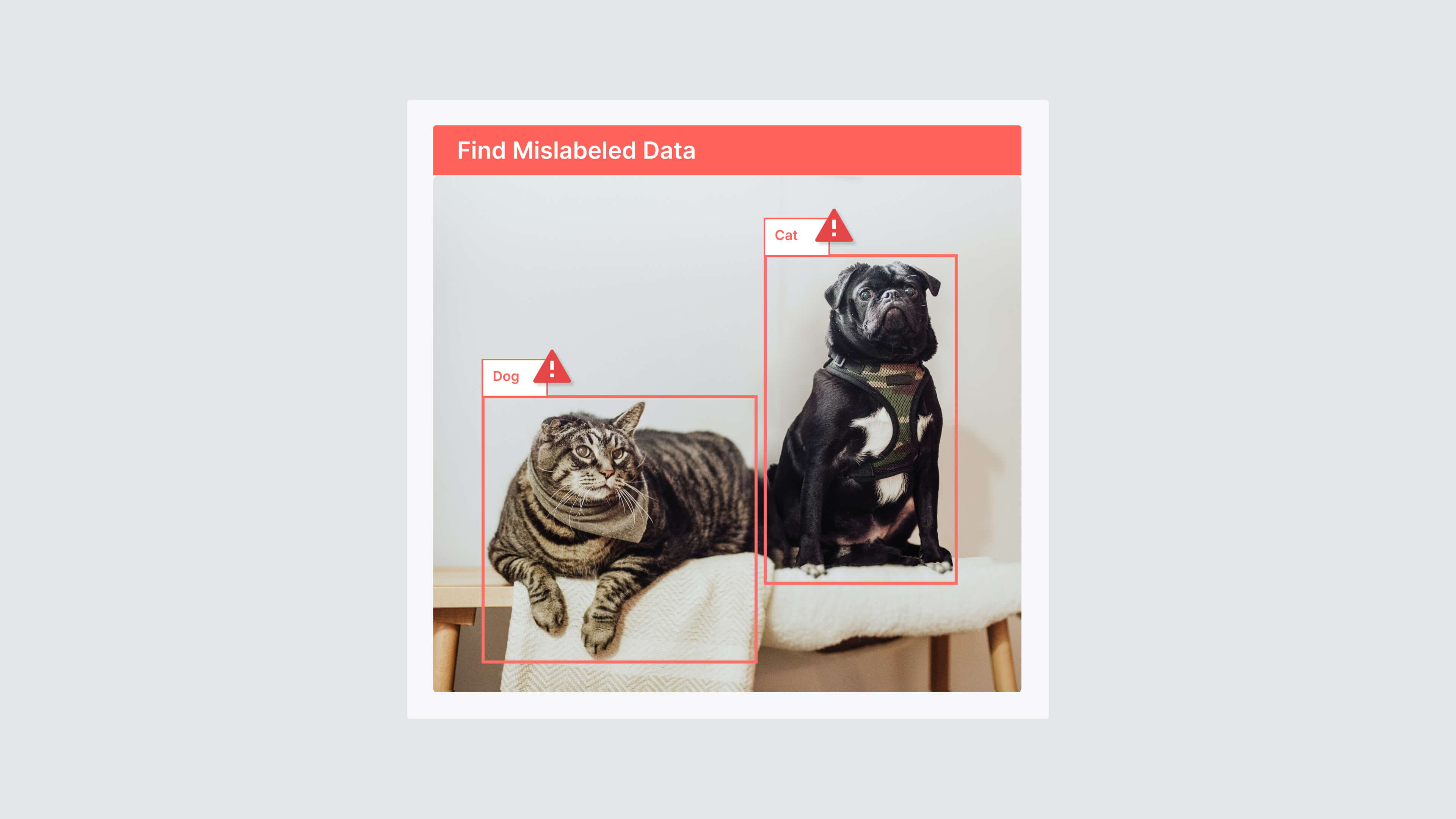 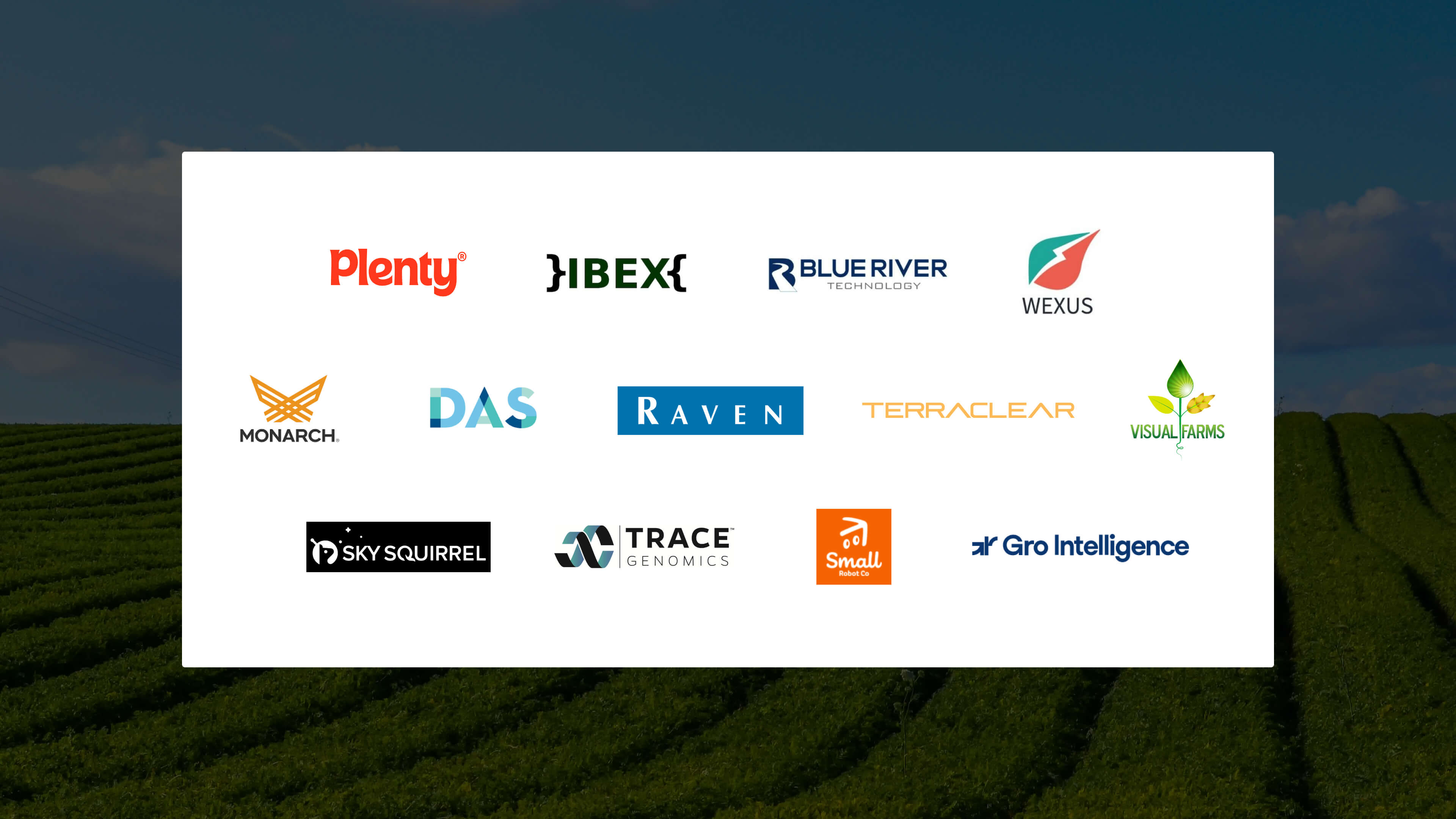 Insight
25 AgTech Companies To Keep an Eye On 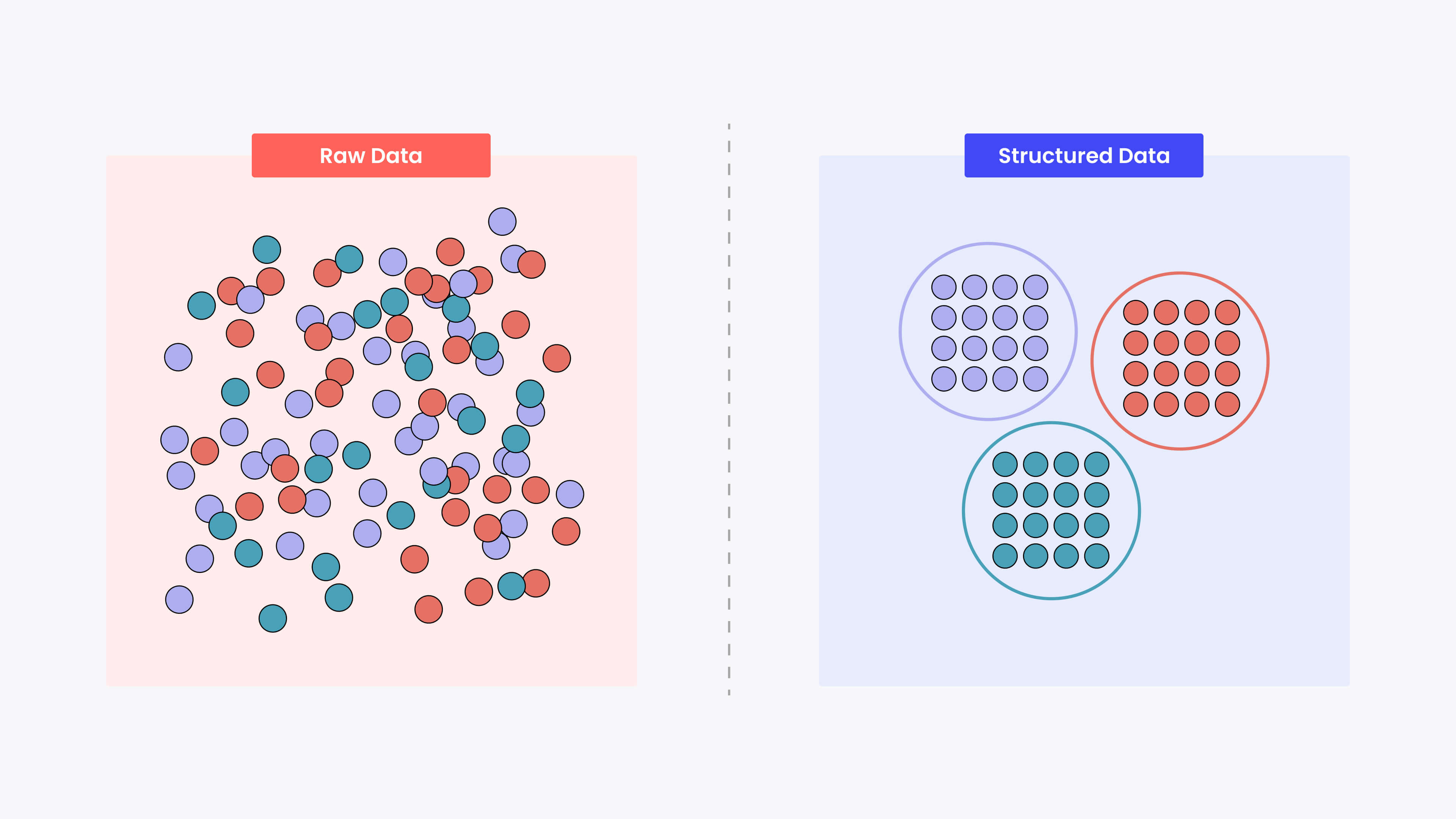 Insight
How To Best Manage Raw Data for Computer Vision